Money blocks are real. At one point or another most of us haver experienced them. Sometimes it can be hard to recognise what money block you’re experiencing that’s keeping you broke.

Most people just assume that to stop yourself from being broke, you need to change your financial habits. In fact there’s a lot more to it than just that.

Stop yourself from being broke by addressing

All of these are the money blocks your possible having right now. Recognize your money blocks and achieve the financial freedom you’re craving.

What is a money block?

Money blocks is a series of thoughts that get in the way of you achieving financial success. It’s a mindset that’s ultimately responsible for getting inbetween you and financial freedom.

Fiancial freedom from debt and starting to affordf the lifestyle that you want to achieve.

Holding limiting beliefs do nothing for you. All they will ever do is serve negative midset patterns that pull you back. Pull back to being giving a negative idea, feeling, or even experience.

This could be negative ideas you were told as a child or in your late teens where you were told that you could never have something and that you’ll just have to make do with what you’re given in life.

Have you ever found yourself thinking I have to be a millionnaire to afford that car or house? There’s no way I can save all that money. How will I ever pay off all these debts?

We’ve got hundreds of these limiting beliefs running through our mind every single day.

Don’t worry, you don’t need to be stuck in this situation of having limiting beliefs that’s causing you’re financial blocks. So how do you combat this?

You’re first step is to be conscience of these limiting thoughts and reverse them. Instead of thinking about what you can’t do, focus on what you can do by buillding an abundance mindset.

Flip the thought everytime you feel it crfeeping in. Do this consistently and over time you’ll find yourself doing this automatically.

For example instead of thinking I could never buy that car think, I can afford that. I’m going to figure out a way to get there, create a plan, apply the plan to my life and I’ll be driving that car in a specific timeframe.

Additionally, make it a goal to start and end your day positively. This will help you to comabt those negative thoughts. 3 ways you can do this is with

Talking to yourself negatively

Talking to yourself negatively out loud and make the money block a self fulfilling prophecy thich does nothing fro you but keep you stuck.

Stuck in the position of only wanting what you can’t have but never can achieve the fiancial success you’re aiming for.

We’ve already looked at limiting beliefs. Limiting beliefs are kept internal and thought about regulary. Talking to youself negatively is said out loud.

When you say negative words out loud, it can lead to stress. So always be mindful of the words that come out of your mouth because what you say will manifest.

This is how you take back the power from those negative words.

Always keep in mind that your words and thoughts are very much related. The more you say something or think it, thern this becomes true like a self fullfilling prophecy.

Create a self fullfilling prophecy like I will pay off this debt in this timeframe instead. Stop being negative living under a dark cloud and create a positive mindset instead.

Address negative emotions you’ve got to other people

People harbour anger or jealousy to other people. Other people they perceive are doing better than themselves.

But that’s all it is, it’s just a perception. You may see people you know, they’re posting on social media about their fantastic life. What you don’t know is the struggles they’re having behind close doors.

At the end of the day we’re all human and we all have our own struggles. However, this doesn’t change you’re own true feelings of anger when you see people possibly doing better than you right now.

Are you guilty of these?

Set things right by redirecting your time and energy. Instead of focusing on what other people have, focus on what you have.

Gratitude is such an essential part of the jouirney to financial success. When you’re gateful you realise all of the blessings you have in your life. Realise your blessing and be contempt with life.

For example right now you’re an amazing freelancer who’s getting client. Although right now someone you know is struggling with their job and want to break away from it by doing what you’re doing.

Making this realisation will help you to put things into perspective.

Someone once told me that you’re always one step ahead of somebody else who’s trying to achieve what you’ve achieved. So stop comparing yourself to the person ahead of you.

Be grateful for where you’re at right now and you’re on the way to that extra step ahead.

Not forgiving yourself for past mistakes made with money

Not forgiving yourself is nothing but a recipe for disaster. You end up constantly thinking about the mistake you’ve made and can’t move past it.

To move forward in order to achieve your financial success, you have to forgive yourself for your money mistakes.

Yes mistakes happen. Everyone has made bad decisions with money. No body is immune from making bad decisions. Buit it’s not about the decision you had made it’sd all about how you get back up from the mistake and keep on fighting.

Acknowledge where you went wrong and figure out what to do in making things right.

Even if you end up making the same mistake again, you acknowledge this and learn from it. Keep doing this until you get past your error.

This is how you’ll realise your money blocks and get greater success with your finances.

Burying your head in the sand and putting off reading your bank statements is how you end up in a financial mess and not living in abundance.

Do you avoid your finances? This is a type of money disorder.

Common characteristics of money avoidance is not reading your bank statement, paying bills late, and throwing mail in the draw so it never gets looked at.

Basically avoiding anything to do with your money.

This money block stems from false beliefs about money and ends up in self sabotage.

Remove this block by tackling it head on. Establish a routine of checking in on your money regularly.

This is a powerful step because it helps you to stop avoiding anything to do with your finances. Instead it enables you to stay on top of your money.

To really take control, start to use a journal dedicated to your finances that tracks transactions and your emotions around your money.

Keeping a journal will allow you to see clearly what money you’ve got left over for clothes shopping, entertainment, or even a holiday.

Break the cycle of always being broke and living hand to mouth. You just need to want to have it bad enough, create a system so you stay of top of your finances. Stay on top, break the money blocks, and achieve the financial success you crave. 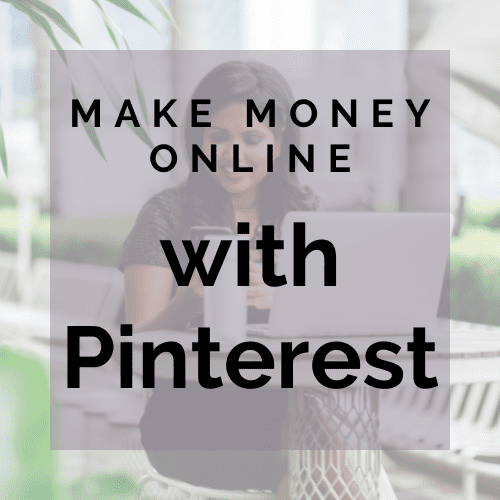 5 Blogging tips you should know before you start a blog